My name is Frank Jensen. I was born in 1949 in Copenhagen ... mother Swedish and father Danish/German.

I joined the Danish Police in 1972. When I was a young CID officer, I worked undercover infiltrading drug gangs.

In 1981 I joined the Danish Security and Intelligence Service (PET) and became a specialist in counter espionage (KGB) and later head of PET´s Counter Terrorism Department and the Counter Espionage Department.

In this period I introduced criminal profiles in Denmark and established the Criminal Offender Profiling Unit.

I have been given a Knighthood by H.M. the Queen -

Ridder1 af Dannebrog (First Knight of the Dannebrog). Dannebrog is the Danish flag.

I retired from the police (and the intelligence work) in 2012.

I am now  working as an author, TV  and movie consultant in my capacity as intelligence expert.

I give lectures about the secret service and the threats from terrorism, extremism and espionage.

My novels are currently not available in english, but I have

translated the titles to english.

"As a glimpse from hell" - spy thriller, terrorism

"My father was a spy" - biography - family chronicle 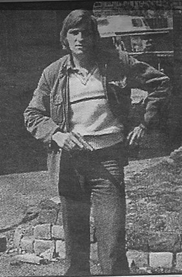 Author as a young CID

officer in the Drug Squad 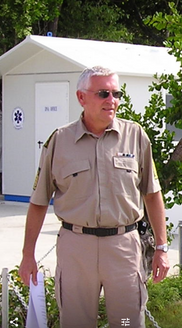 Head of the Danish operations i southeast Asia (Thailand) after the Zunami in 2004. 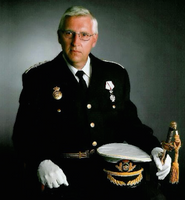 First Knight of the Dannebrog